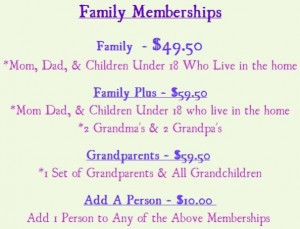 The museum’s pricing. No provisions for same-sex parents.

The Hands On Children’s Museum in Jacksonville, Florida is oddly specific about who it lets obtain a “family membership,” specifying that a family must include one mom and one dad. Karen Lee-Duffell’s family has had a membership there for three years, but when an employee noticed she had a same-sex partner, she was told she’d have to pay more to renew this year.

As far as the museum’s staff is concerned, Lee-Duffell and her partner do not constitute a family. They explained that including both moms would constitute a “substitution,” which they don’t allow because they fear multiple families would take advantage of the policy. They defended the discrimination in a statement provided to First Coast News, comparing Lee-Duffell’s partner to a “friend.”