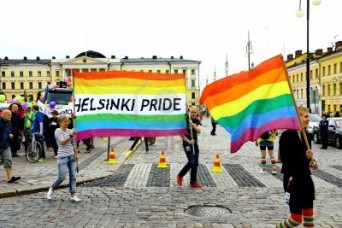 Finland’s lawmakers will reconsider the issue of marriage equality after a public campaign garnered the highest number of petition signatures for a citizen’s initiative in the country’s history. The petition needed only 50,000 signatures to prompt parliament to consider the initiative. It in fact secured more than 100,000 on its first day when it debuted in March, and as of writing has more than 164,000 signatures in favor of marriage equality.

This grassroots effort to have parliament reconsider marriage equality comes after the Finish Parliament’s Legal Affairs Committee decided in February and by a narrow majority vote of 9-8 that it would not advance a bill to legalize same-sex marriage. From the parliamentary vote there also sprung the “I Do 2013″ project, designed to exploit an only recently minted citizen’s initiative process and have parliament reconsider equal marriage rights.