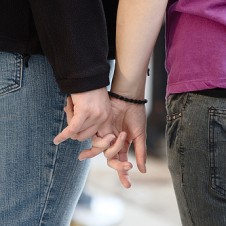 According to the results of a European Union survey, discrimination against the lesbian, gay, bisexual and transgender (LGBT) community is still widespread in Europe. Released Friday, the online survey of more than 93,000 LGBT people in 27 EU members states and Croatia found nearly half the respondents said that in the previous year they had “felt personally discriminated against or harassed on the grounds of sexual orientation.” Two-thirds of those polled also indicated they were afraid to hold hands with their same-sex partner in public; the percentage was even higher for gay or bisexual men.

Launched in 2010, the EU Agency for Fundamental Rights was tasked with collecting survey data on hate crimes and LGBT discrimination in EU member states. As the report’s authors note, the startling results “will contribute to much needed discussions in the EU and its Member States about concrete legislative and non-legislative measures to improve the situation for LGBT persons living in the EU.”