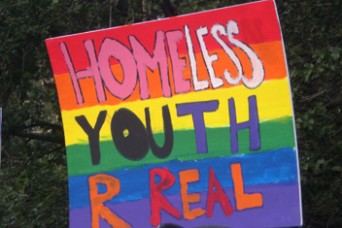 Homeless shelters that receive federal funds won’t be able to discriminate against LGBT youth if new legislation introduced in the House is signed into law. Rep. Mark Pocan (D-Wis.), one of six openly gay members of the U.S. House, introduced the legislation, known as the Runaway & Homeless Youth Act, along with Rep. Gwen Moore (D-Wis.) on Thursday.

“Homelessness is one of the most pressing matters affecting LGBT youth,” Pocan said. “Young people in the LGBT community are disproportionately at-risk for homelessness, often as a result of the rejection, discrimination, or violence they face simply for being themselves.” The bill seeks to amend the Reconnecting Homeless Youth Act — which was last authorized in 2008 and is up for reauthorization this year.