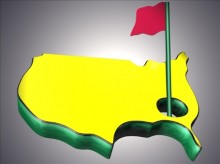 Augusta National Golf Club, aka the one of the world’s most infamous sausage parties, is entering the 21st century. A mere 22 years after the progressive and forward thinking club welcomed its first African-American member the old boys club has invited two women to become its first female members. Former Secretary of State Condoleeza Rice and the Vice President of Rainwater, Inc. Darla Moore will be the first ladies fitted for the green jackets members wear when the club opens in the fall.