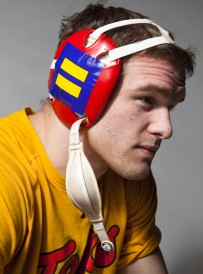 Hudson Taylor, founder of Athlete Ally, has been granted a visa for travel to Russia where he intends to raise awareness for LGBT rights during the Sochi 2014 Winter Olympics, which will be held from Feb. 7-23.

Athlete Ally has partnered with the Principle 6 campaign, which uses the language of the Olympic Charter to allow athletes and fans to speak out against discrimination during the Sochi Games without violating Russian anti-gay laws or the Olympic ban on political speech.

Principle Six is based on a convention of the IOC charter that states that any form of discrimination on the basis of race, religion, politics, gender or otherwise is incompatible with the Olympic movement.