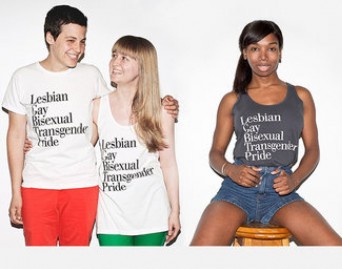 American Apparel is ringing in LGBT Pride in a very big way.

The Los Angeles-based clothing retailer has teamed up with GLAAD for an exclusive line of T-shirts released in commemoration of LGBT Pride Month. Although the company has previously backed gay-relevant causes, the 2013 line is receiving extra praise for including the bisexual and transgender communities. The campaign will also feature a transgender model for the second year in a row, GLAAD officials report.