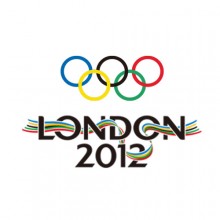 Since the 2012 Olympic games began in London, female athletes seem to be facing quite a bit of scrutiny regarding their physical appearance. Whether we’re talking about British weightlifter Zoe Smith, Australian swimmer Leisel Jones, or the members of the women’s Dutch field hockey team, there seems to be a whole lot of hullabaloo about what these ladies look like rather than what they’re capable of as athletes. To help bring us back to the main focus of the Olympic games—elite athletic prowess—here’s a look at 5 outstanding U.S. women currently competing in London and the amazing feats they are capable of.

Weightlifter Sarah Robles out-lifted every U.S. competitor—male and female—during last year’s world championships. At 5’10 1/2″ and weighing in at 275 pounds, her personal best is an astonishing 568 lbs.

That means she can lift (over her head, by the way):

Not all at one time, of course. Understandably, Robles is the U.S.’s best chance at an Olympic medal in the women’s super heavyweight division, in which competition gets underway on August 5. Good luck, Sarah!