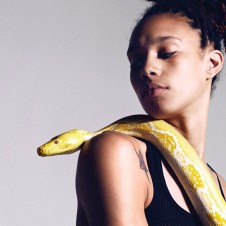 
Anyone who participates in social media has seen #ProudtoPlay popping up on Twitter and Facebook. The rapidly shared hashtag refers to a YouTube campaign to shine a spotlight on LGBT athletes and spread a message of equality in the sports world. The world of sports, from elementary school dodge ball to the NFL, has struggled with acceptance of the LGBT community.

YouTube, along with many LGBT athletes and Allies have been posting videos of why the inclusion of LGBT athletes matters. I sat down with Raymond Braun, Marketing Manager at YouTube to discuss the campaign.

What is the message of #ProudToPlay?

It doesn’t matter who you are or who you love — all athletes should be treated equally. And this message is not just for sports. At YouTube, we believe everyone has the right to love and be loved, pursue their passions and fulfill their potential.

Historically, it has been taboo for high-profile athletes to be gay. Why did you decide that the time for #ProudtoPlay is now?

The timing for #ProudToPlay felt right because 2014 has been a year of major sporting events, from the Sochi Olympics to the upcoming games in Brazil. Like YouTube, sports has the power to bring people together from all sorts of background and experiences.

From the conversations around Sochi to the momentum of high profile celebrity athletes demonstrating the courage to be open about who they are, the sports and LGBT communities are coming together and proving that it doesn’t matter who you are or who you love — what matters is that you put forward your best effort on the field.

At YouTube, we’re inspired by the courage and openness of athletes who have come out and are “Proud to Play” at all levels, from Olympic sports stars to hometown high school heroes. We wanted to amplify these conversations happening on YouTube about these issues and help promote an equal playing field around the world.

Why do you think Youtube is a good medium to spread this message?

YouTube is a global community that enables anyone to have a voice and share their story. We are amazed by the endless ways that people have used YouTube to broadcast their message, empower their communities and even catalyze global social movements.

YouTube gives underserved communities a platform to connect and advocate for issues that matter to them, and we’re continually inspired by the ways the LGBT community use YouTube to connect, to share and to make a difference in the world. It was the perfect medium to spread this message because these important conversations are happening here and we’re simply shining a light on them.

A ton of LGBTA (A for ally) are involved in #ProudtoPlay, including Kobe Bryant. How did you approach them to participate?

We were thrilled by all the support we received from athletes and sports organizations. At its core, YouTube is an inclusive platform where everyone has a voice, so it was important for us to include LGBT athletes and their teammates and supporters. When we explained the message of #ProudToPlay, it resonated with ALL athletes because discrimination has no place on the field. The uniformly positive reaction to all of our conversations about #ProudToPlay really underscored the momentum and desire to create a more equal playing field for LGBT athletes.

Why do you think the #ProudtoPlay videos have made such an impact on people?

I think the videos have resonated with people because there’s a wonderful feeling to see that there are so many people out there who support the message of #ProudToPlay. The coming together of people across sports and geography to promote this message of equality is what makes the videos so powerful.

#ProudtoPlay is an inspiring message. Do you get many fans sharing their stories of coming out with you? Have any been particularly touching?

Yes, we saw many comments that the #ProudToPlay campaign inspired people to come out or helped give LGBT people a catalyst to have a conversation with family members, teammates, and colleagues about their sexual orientation.

I think one of the most powerful effects of being able to connect with others through YouTube is that it provides hope, inspiration, and a sort of lifeline to LGBT people (particularly youth) who feel isolated. For LGBT people who live in communities where there aren’t many out role models, YouTube can provide a safe haven for them to connect and watch content made by and for LGBT people. It’s a great place to provide hope and a positive vision of the future.

Have you gotten any hateration (aka trolling)? How do you deal with that?

We’ve had a wonderfully positive response across YouTube and social media for #ProudToPlay and we’ve been inspired by the number of people globally that have lent their voice and support to this campaign. YouTube has policies against hate speech as outlined in our Community Guidelines. Users can flag comments to us and our staff will review them and take action to remove them if they break these guidelines.

What advice would you give to young fans, who are just starting to get involved with team sports at school?

I think this is best answered by a quote from NBA star Jason Collins, one of our #ProudToPlay athletes:

Jason Collins, NBA player for the Brooklyn Nets, said, “Proud to play means to me someone who is proud of all the things that makes them who they are, whether it be your race or religion or sexual orientation, heck … your height! It’s important to be proud of who you are.

I was encouraged to tell the first person that I ever told that I was gay when I was 33 years old because he did a video online campaign called It Gets Better. I saw his video and it encouraged me to finally be brave enough to speak the words out loud that “I am gay”.

As a professional athlete, we accept that we are role models. It’s great that regardless of your sexual orientation, that the conversation was started and people started talking about being gay in professional sports. If you’re straight, just continue to be supportive. And if you see someone being bullied, or hear language that’s inappropriate, speak up and speak out. It’s very important to have those allies out there who are being brave for some of us who aren’t yet ready to be brave on our own.”

Do you see the future of sports as one that will be welcoming of queer athletes?

Yes. Our hope is that we can support our community who are advocating to make this a reality. By showcasing the support and acceptance out there, we hope to inspire others to follow suit and be #ProudToPlay.

What can we expect from #ProudtoPlay in the future?

Throughout the month of June, we will be featuring videos that have been tagged #ProudToPlay on the YouTube Spotlight Channel (youtube.com/youtube). We will also highlight messages of support for #ProudToPlay on our social media platforms and we will have a #ProudToPlay presence at several Pride Parades around the world, including New York, San Francisco, and London.