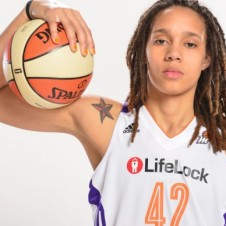 From the Olympics to the recent NFL draft, this year has seen a growing, global conversation about the lesbian, gay, bisexual, and transgender (LGBT) community in the world of sports. Many LGBT athletes are sharing their stories on YouTube, and the support they are getting from teammates and fans has helped others find the courage to do the same.

In celebration of the upcoming World Cup in Brazil and global Pride month, YouTube is honoring the LGBT athletes, their supporters and YouTube creators who champion equality and inclusivity in sports and are #ProudToPlay.

#ProudToPlay will kick off on June 3rd with a video highlighting some of the conversations happening on YouTube about equality and sports. Major LGBT athletes (Jason Collins, Brittney Griner, Robbie Rogers, John Amaechi, Tom Daley, Darren Young), ally supporters such as Neymar and Kobe Bryant and YouTube stars Hannah Hart and Tyler Oakley are supporting #ProudToPlay and will be featured in the video. We will also be encouraging people to create their own videos or take to social media to describe why they’re #ProudToPlay.

Tune in at www.youtube.com/youtube starting on June 3rd to see the #ProudToPlay video and dedicated programming showcasing some of the LGBT and sports themed content on YouTube.

Athletes that support #ProudToPlay include:
Jason Collins, NBA player for the Brooklyn Nets, said, “Proud to play means to me someone who is proud of all the things that makes them who they are, whether it be your race or religion or sexual orientation, heck…your height! It’s important to be proud of who you are.

I was encouraged to tell the first person that I ever told that I was gay when I was 33 years old because he did a video online campaign called It Gets Better. I saw his video and it encouraged me to finally be brave enough to speak the words out loud that “I am gay”.

As a professional athlete, we accept that we are role models. It’s great that regardless of your sexual orientation, that the conversation was started and people started talking about being gay in professional sports. If you’re straight, just continue to be supportive. And if you see someone being bullied, or hear language that’s inappropriate, speak up and speak out. It’s very important to have those allies out there who are being brave for some of us who aren’t yet ready to be brave on our own.”

John Amaechi, former NBA player, said, “I am proud to play because it is important for people to know that it is only the inclusion of the full spectrum of society that will make sport the truly unifying force it can be in the world. YouTube has always been a place where those without a voice in the mainstream could find a place to start a conversation. I know that the Proud to Play campaign can highlight the cause of those in the LGBT and straight ally communities who just want to be able to contribute to and seek enjoyment from sport.”

Kobe Bryant, #ProudToPlay supporter and ally said, “Equality in sports has to be there for your team to be successful. It’s these little building blocks that you learn through playing sports. The bravery of being yourself is really the anchor of it all. You have to be brave in your own convictions, you have to be brave about who you are and you have to be brave to step forward and step into the spotlight and declare to the rest of the world this is who I am.”

Organizations including GLAAD, Human Rights Campaign, You Can Play, Laureus, Athlete Ally, and the LGBT Sports Coalition have supported this campaign and work to promote equality.

“As athletes from across nations and leagues come out, sports fans throughout the world are embracing LGBT players and ejecting bias from the game,” said GLAAD president and CEO Sarah Kate Ellis. “GLAAD is thrilled to support Google and YouTube in this landmark initiative to help tackle stereotypes and build understanding.”

Raymond Braun from YouTube said, “Sports bring together people from all backgrounds and experiences through a shared passion, and YouTube shares that spirit of connecting diverse communities to make a difference. In celebration of the upcoming games in Brazil and LGBT Pride month, we’re honoring the LGBT athletes, their supporters, as well as the YouTube Creators who stand up for diversity in sports and elsewhere—all of whom help create an equal and inclusive playing field for everyone.”