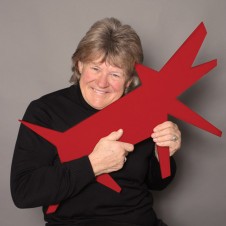 Wolfe Releasing, the world’s largest exclusive distributor of gay and lesbian films, has acquired the rights to three films that screened at this year’s Outfest Los Angeles. Wolfe acquired the worldwide rights to Doug Spearman’s “Hot Guys with Guns” and the US and Canada rights to Director Cory Krueckeberg’s “Getting Go: The Go Doc Project” and Director Jeffrey Schwarz’s “I Am Divine.”

“We always feel compelled to go on an LGBT movie shopping spree at Outfest,” quipped Wolfe president Maria Lynn. “Gay movie lovers across the country are going to adore these films as much as we do. Getting Go: The Go Doc Project is one of the most original, sexy and smart gay films we’ve seen in years; I Am Divine is a wildly entertaining documentary about the legendary John Waters muse that is an absolute must-see; and Hot Guys with Guns is a fabulous gay comedy-action-thriller that will have audiences cheering.”