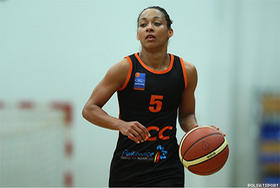 Women’s National Basketball Association (WNBA) Chicago Sky guard Sharnee Zoll-Norman officially came out during an exclusive interview with the Windy City Times. The five-foot-seven-inch basketball player is married and has mentioned her wife in previous interviews, but her sexuality has never been publicized. The former Los Angeles Sparks player intentionally never had a formal coming out.