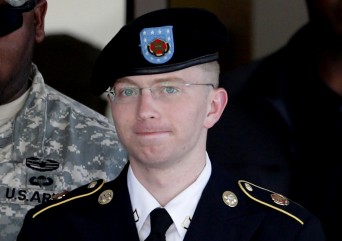 One day after a military judge sentenced then-U.S. Army private Bradley Manning to 35 years in prison for leaking classified documents to Wikileaks, the 25-year-old soldier released a statement through her attorney coming out as transgender.

“As I transition into this next phase of my life, I want everyone to know the real me,” Manning said. “I am Chelsea Manning. I am a female.”