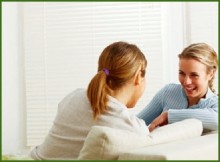 If I asked you whether or not you had an open mind, you’d probably say “Yes, of course I do.” Nobody likes to think of themselves as having a closed mind. But whether we realize it or not, most of us do have a closed mind when it comes to dating.

So when we go to a dating event or we go online and we don’t see the exact person we had in mind as our soul mate we get upset and disappointed. We assume that tonight just isn’t our night, and our soul mate is somewhere else out there, waiting to be discovered.

Think about those attributes that make someone “undatable.” Do you REALLY think you’d never be able to date someone who doesn’t make a certain income, or who doesn’t look like Tom Cruise? The thing is: when you love somebody, all that stuff goes out the window, and you fall in love with who the person is and not who your fantasy says you should be with.

Here is an idea: Go to your next singles event determined to have an open mind—even if that feels weird to you. Go to the next singles event not daydreaming about meeting your soul mate but deciding on just a few criteria for who you’ll date. You can come in to an event deciding that you would like to meet someone in their 20s or 30s, for example. But besides basic facts like those, you need to be more open. Get to know everybody at the event. Focus on personality and not on looks.

Talk to people even if you don’t think they are going to be your soul mate. Befriend someone even if you are sure they have attributes that make them “undatable.” (Though don’t choose anyone who has, say, major psychological problems or substance abuse issues.) Then at the end of the night decide who you had the best time with—not who was the best looking or who had the most impressive profession. Try to get to know that person better, just as a friend. You may be surprised that it becomes much more serious than just a friendship.

But even if it doesn’t become any more than a friendship this is a good exercise for you. If you can open your mind this time, to thinking beyond your “type,” then maybe the next time you do that it will be with someone you will fall in love with.

OneGoodLove.com is a dating site created for and built by relationship-minded gays and lesbians.

2 Responses to “Why you need to keep an open mind”