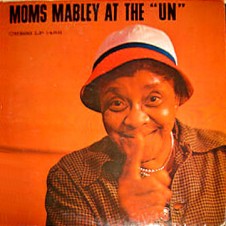 Whoopi Goldberg’s directorial debut, a documentary about Moms Mabley, the first female comedian to make a living as a stand up comic, as well as one of the very few out lesbians on stage during her time, will debut exclusively on HBO on Nov 18. Moms Mabley is an important figure in queer black history, one that Goldberg is intent on bringing back to life after decades of obscurity.

Jackie “Moms” Mabley, a black woman who pushed the boundaries by talking about race, politics, sexuality, and gender openly on stage as early as the 20’s, donned floppy hats, old housecoats, and even took off her dentures on stage in order to cultivate the persona of a frumpy grandmother. The Moms Mabley persona became so convincing that many believed Jackie was Moms, on and off stage– though nothing could be further from the truth. Coming out at the age of 27, Mabley was reportedly a dandy butch lesbian, known for her sartorial finesse and her ability to hang with the boys.