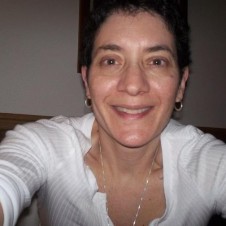 My head is still swirling over the Supreme Court rulings on DOMA and Prop 8. While the war on queer bigotry is not over, we have won some major battles. The recent news is fantastic: If you are married in a state where same-sex marriage is legal, you cannot be discriminated against at the federal level. And if you are from California, congratulations! You can get married again, as that ridiculous tyranny-of-bigots referendum was thrown out of court.

It amazes me how far we have come over the decades. In 1980, when I was 18 years old, I saw a therapist, mainly for a panic disorder that had begun debilitating me when I became a young teenager. By the time I was 17, I couldn’t sit in a classroom; I had to quit my part-time job at a supermarket; and eventually I lost most of my friends because I became agoraphobic, and I did not leave my house for more than a year, except to see a therapist. I started a slow and lifelong recovery process at age 18. I’m still in that recovery at age 51.

It was also in the 1980s that I found myself discovering my strong attraction to women and my just-want-to-be-friends feelings for the men I dated. My therapist at the time was very helpful with the panic issues, but he unfortunately set me back six years when it came to realizing my sexuality. It wouldn’t be until I was 24 that I would be able to say, “I am a lesbian.” And by the way, what a relief those words were when I finally could say them, at least to myself and a few close friends.

I remember fantasizing daily about a woman named Barbara, whom I met during my freshman year in college, when I was again able to sit in a classroom. This was in 1984.

“I find myself thinking about Barbara a lot, maybe too much,” I said to my therapist. “Do you think I’m a lesbian?” I asked this question in some fashion all those years ago.

I remember his answer precisely: “No, you’re not a lesbian.”

And my return question: “How do you know?”

And his response: “Because those people are not normal.”

And my instinctive reaction: “How can you say those people aren’t normal?”

And his final say on the subject: “Because who would choose such a difficult life if they were normal?”

I think now that “choose such a difficult life” was a euphemism for “those people are mentally ill.”

As an impressionable 18-year-old growing up in an era of silence on homosexuality, except, of course, for those brave souls who pioneered the gay rights movement, I was indeed silenced. I lived in the suburbs of Boston, isolated and alone thanks to my panic problems, and I didn’t know any gay people. I was a kid, and I wanted to be “normal.” I stuffed my natural attraction to women down into my soul and chose to date men, all because this shrink had said that anyone who was homosexual couldn’t possibly be normal, because who would “choose” such a difficult life? It’s tough to know whether he believed in the “born this way” argument way back in the 1970s, although not in a positive way, or if he believed only crazy people would “choose” homosexuality.

Awhile back, I raised the ire of some of the LGBTQ community in a blog entitled, “So What If Homosexuality Were a Choice?” The post, which ran in The Huffington Post and on Lesbian.com, raised the ire of some of our community when I suggested that although we are born this way — and I am a firm believer that this is fact — I feel that using that argument to justify our existence is pandering to the bigots. I realized after reading the comments of those I angered that I was bumping up against a big fight for our rights that relies on us being born this way, so we can separate behavior from orientation.

In making it so important to rely on the fact of our births, I still get that irksome feeling that we are saying, “We can’t help who we are, and you shouldn’t judge us for our behavior.” Maybe that’s my own issue thanks to my therapist’s statement in 1980. I know some of you disagree with me when I say, “So what if homosexuality were a choice?” because it implies chosen behavior, which gives the bigots ammunition. But I want to ask: What is wrong with our behavior? Regardless of the roots of sexual orientation, we aren’t anything wrong.

I’d like to stop arguing with the bigots, and I’d like to stop justifying ourselves on their terms. I think we have garnered enough strength and respect in this country to not have to turn the tables and say to a straight person, “When did you choose to be straight?” Instead, look that person in the eye and say, “Why do you choose to harass me? Shouldn’t you be out caring for the poor and homeless rather than obsessing over my sexuality?” We have nothing to justify to bigots. I would like to move forward with gaining our rights in the rest of the states where gay marriage is banned by going on the assumption that there is nothing wrong with how we behave and nothing wrong with how we are born.

I’ve lived through the era of doctors like the therapist I had in 1980 (not that such doctors don’t still exist). I was here during the fight for gay marriage in Massachusetts in 2003 and 2004. I experienced the backlash that legalizing gay marriage in Massachusetts generated when many states amended their constitutions in response. And now I’m here all these years later to celebrate our victories — the overturning of DOMA and the dismissal of Prop 8 in California — with you.

Please celebrate who you are and how you behave.

And to that therapist: You were so wrong.