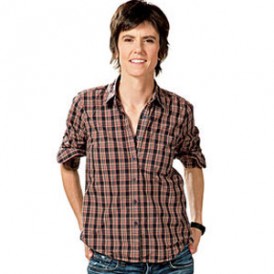 Tig Notaro shocked the world — and Louis C.K. — last year when she performed a stand-up set at Largo in which she spoke candidly about the fact that she’d just lost her mother and been diagnosed with cancer. She told the audience, “Hi. I have cancer. Just found out today. I’m going to die soon.” C.K. later said that it was one of the greatest standup performances he’s ever seen, and Notaro’s album, “Live,” would go on to be named the Best Comedy Album of the Year by the A.V. Club. Next month, “Live” is even getting a physical release. Notaro, who is notoriously private off-stage, especially about her sexuality, opened up recently in a fascinating interview with XO Jane.