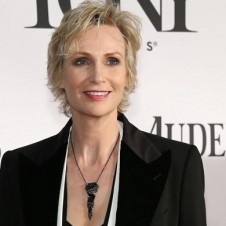 Take a look at Jane Lynch‘s IMDB page. She’s been in more than 162 movies, shorts, television shows and animated series since her career began in 1988. That doesn’t even count her commercial and theater work, which has also kept her busy.

We love the Lynch in pretty much anything, but some parts she was just born to play. Here are the roles she has rocked in her four-decade long career.