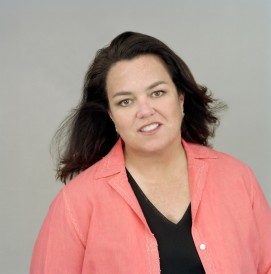 “Fame is a road full of land mines, and every four feet you risk getting blown up,” professed Rosie O’Donnell. She was speaking about Miley Cyrus and her widely-criticized performance at this year’s MTV’s Video Music Awards, but also describing her own battle scars as an outspoken celebrity. The actress and comedian is ecstatic to be going back to television, taking a role in executive producer Jennifer Lopez’s ABC Family hit “The Fosters” beginning in January. Having had a bit of a breather to tend to her health — she suffered a heart attack last October — she’s also as opinionated as ever, weighing in on gun violence, a boycott of the Olympics in Russia, Britney Spears and Cyrus, Pope Francis, gay marriage and Boy George’s new makeover.

“My 10-year-old daughter Vivi loves the show,” O’Donnell said in an interview with me on SiriusXM Progress, regarding “The Fosters,” which focuses on a multiethnic lesbian couple with both biological and foster children.  “She’s a big fan of that whole network, ABC Family. And consequently I’ve been watching nearly all the shows on there. But once I saw that one, I was really touched by it and I realized that [actor] Peter Paige, who I know from when I did ‘Queer as Folk,’ is [an] executive producer. So I tweeted about it and texted him congratulations. And, the lovely, lovely guy that he is, he said, ‘Would you be willing to do a recurring arc on the show?’ And I said, ‘Totally.’ So, I’m very excited.”