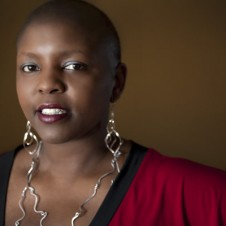 One of the big debates with reality TV is the inevitable degree to which the camera’s presence affects the way people act. It’s unquantifiable, of course, but it’s also a challenge for documentary filmmakers.

Yoruba Richen says she knew it would be hard to capture the kind of exchanges she wanted to get in her film “The New Black,” a piece that explores both last year’s battle for Maryland Question 6, a referendum question that won 52 percent of the vote last November to uphold same-sex marriage rights there, but also the larger issue of how the African-American community is grappling with gay rights and the degree to which many feel it’s comparable to the civil rights struggle. The roughly 80-minute documentary screens twice this weekend as part of the AFI Docs (formerly Silverdocs) festival in Washington DC that continues through Sunday.

Two such exchanges especially stand out — one Sharon Lettman-Hicks, executive director of National Black Justice Coalition, has with anti-gay family members at her husband’s (she’s an LGBT ally) retirement party and the tear-laced discussion 24-year-old lesbian Karess Taylor-Hughes has coming out to her religious foster mother.