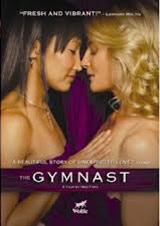 A visually stunning film about hope, second chances and finding the courage to defy gravity, “The Gymnast” has won 28 awards and counting.

An impressive gymnast at the top of her game, Jane Hawkins (Dreya Weber) suffered a career-ending injury. Years later, a chance meeting sets Jane on a new path, performing a cirque-style aerial act with a mysterious dancer named Serena (Addie Yungmee). As the stunning pair preps for a Vegas show, they are draw together.

2 Responses to “The Gymnast”