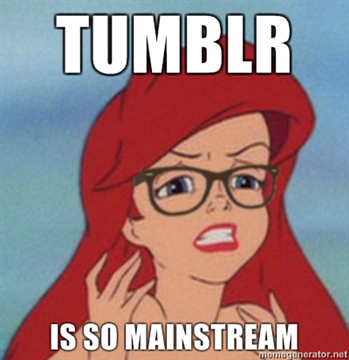 Tumblr is a hotbed of lesbian activity and my time honored hobby. My love affair with Tumblr began three years ago, during my senior year of college, when I finally summoned the courage to come out. When a girlfriend told me about tumblr, I created an account and was slowly transfixed by this strange and different world where actual real life lesbians from around the nation proudly talked about life and socialized with each other. Tumblr became my secret outlet and I came out on Tumblr long before most of my friends. On Tumblr, for the very first time, I began to write. Frankly I had no one else to talk to. After I came out my friends drifted away, and I let them. Being gay meant losing a community. Tumblr replaced that community. It was isolated and it was blissfully, wonderfully, all mine.