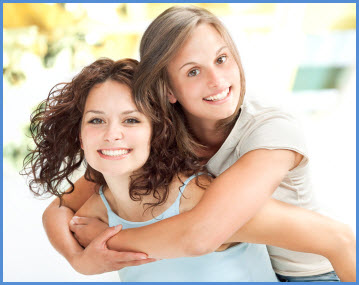 Are you scared to make the first move? Don’t be ashamed if you are. Many people are shy in dating situations — even those who are not shy in other life situations. Some people are so shy they’re even scared to make the first move on the Internet — where no one can see you blushing. But you should get over your crippling shyness, whether online or offline, because it can be seriously hampering your love life.

Why you need to make the first move

“Why do I need to make the first move?” you may ask. “After all, if someone has a crush on me, won’t she just come up to me and say hi?” Perhaps, but if she’s shy like you are, she could be too intimidated to start a conversation. And then the both of you lose out.

What you need to remember

Sometimes it’s hard to make the first move because you’re intimidated by somebody. But remember, there’s never a reason to be intimidated by anybody—no matter how cute or rich or charming or famous she is. People are all just human beings when it comes right down to it—we all put on our pants one leg at a time, we all go to the bathroom, etc., etc. So shut down that negative internal dialogue. You know the negative internal dialogue I’m talking about: The negative internal dialogue going on in your head that says “She’s so cute; she’ll never go for someone like me.” You, my friend, are fabulous and beautiful, so NEVER think anybody’s too good for you. She’ll be LUCKY if you give her a whirl.

Another thing we fear is being rejected. But think about it: What’s the worst thing that could happen if you make the first move? She’ll ignore you or say something snotty? SO WHAT? You’ll still survive. And you’ll move on to someone worthy of your affections.

How to make the first move

It’s not as complicated as you think. You don’t need a clever line. In fact, those clever lines can make you look sort of creepy if you don’t know how to deliver them in just the right way. It’s so much better instead to say hi, and tell her your name. If she likes you, then that simple first line you use will be the most perfect first line in the world.

Coming back from a first-move rejection

How do you handle it if someone rejects you after you’ve made the first move? Well, you don’t want to be mean about it. Don’t curse them out or say something nasty, even though you may be tempted to. The best way to handle it is to be classy. Simply smile and walk away. You’re not going to change her mind by pressuring her to reconsider it, so just move on to the next woman you’ve got a crush on. You’ll save yourself a world of hurt if you simply forget it and keep on going.

OneGoodLove.com is a dating site created for and built by relationship-minded gays and lesbians.

2 Responses to “The art of making the first move”