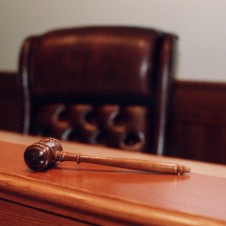 Your honor, is this what we call justice?

Carolyn Compton is in a three year-old relationship with a woman. According to Compton’s partner Page Price, Compton’s ex-husband rarely sees their two children and was also once charged with stalking Compton, a felony, although he eventually plead to a misdemeanor charge of criminal trespassing. And yet, thanks to a Texas judge, Compton could lose custody of her children because she has the audacity to live with the woman she loves.

According to Price, Judge John Roach, a Republican who presides over a state trial court in McKinney, Texas, placed a so-called “morality clause” in Compton’s divorce papers. The clause forbids Compton from having a person that she is not related to “by blood or marriage” at her home past 9pm when her children are present. Since Texas will not allow Compton to marry her partner, this means that she effectively cannot live with her partner so long as she retains custody over her children. Invoking the “morality clause,” Judge Roach gave Price 30 days to move out of Compton’s home.