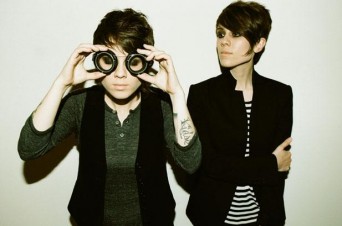 “We have never been indie anything. We signed to a major label when we were 19 years old.”

“We wanted to access the mainstream and make a difference … but we are still Tegan and Sara and that hasn’t changed.”

Tegan Quin swears she never saw it coming. Long known as half of the Canadian indie rock band Tegan and Sara, she says she had no idea that their latest studio album would catapult them to mainstream pop success. In fact, the thought that she would even have a career in music never crossed her mind when she was young. (She and her twin sister Sara are now 33.)

“We didn’t really imagine we’d be doing this, so I think Kid Tegan would be like, ‘Whaaat? Whaaat?’ We didn’t sit down and decide that this is what we wanted to do,” she says, at home in Los Angeles on a rare break from touring.