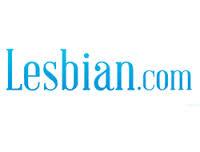 LGBT media consumers tend to turn to LGBT blogs and websites more than large cable networks or other mainstream news outlets.  The 2013 LGBT Community Survey from Community Market 7 Insights (CMI) polled over 30,000 LGBT individuals from over 100 countries on their media consumption habits. As indicated by eMarketer, 67 percent of gay men and 58 percent of lesbians had visited LGBT websites and blogs within the week before completing the survey.