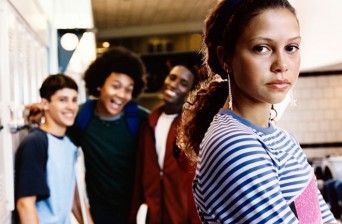 According to a large survey of students in Washington State (Bullying and Quality of Life in Youths Perceived as Gay, Lesbian, or Bisexual in Washington State, 2010), over 10 percent of eighth-grade boys and girls reported that they’ve been victimized because of perceived sexual orientation. The study showed that bullied kids targeted due to being perceived as gay were much more likely to have considered suicide in the past year. They were also far more likely to report being depressed.

An associate Chicago professor, Brian Mustanski, in the department of medical social sciences at the Northwestern University Feinberg School of Medicine said that the survey fails to address whether those bullied are gay or just perceived to be. Mustanski states that “because of this, it is a major underestimate of the rate of bullying among gay youth.”