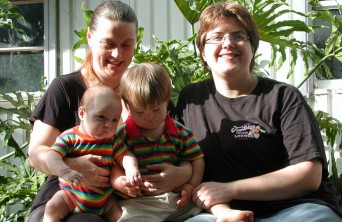 A new Williams Institute poll has revealed some startling facts about the demographics of gay and lesbian parents.

Metro areas with the highest percentages of same-sex couples who are raising children are located in socially conservative states with constitutional bans on marriage equality in place, officials at the Williams Institute at the UCLA School of Law point out in a press release.