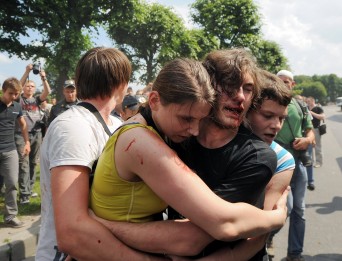 In the first study to look at the consequences of anti-gay prejudice for mortality, researchers at Columbia University’s Mailman School of Public Health found that lesbian, gay, and bisexual (LGB) individuals who lived in communities with high levels of anti-gay prejudice have a shorter life expectancy of 12 years on average compared with their peers in the least prejudiced communities.

“The results of this study suggest a broadening of the consequences of prejudice to include premature death,” noted the study’s lead author, Mark Hatzenbuehler, PhD, assistant professor of Sociomedical Sciences.