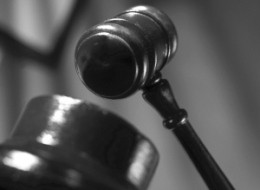 One day after a New Mexico county became the first one to actively issue same-sex licenses since 2004, gay rights earned another victory in court.

The Associated Press reports that New Mexico’s state Supreme Court came to a unanimous decision, ruling that Elane Photography’s decision to refuse photographing a 2006 commitment ceremony violated the state’s Human Rights Act. Owner Elaine Hugenin cited religious beliefs as the cause behind her choice, according to the wire service.