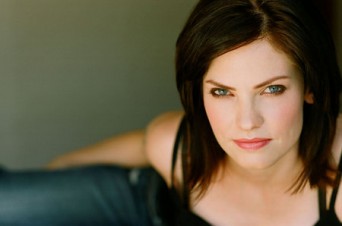 Growing up in rural Indiana, Jill Bennett didn’t start acting until the age of 16. By 18, she had won a state speech title and attended Bradley University on a theatre scholarship.

Jill first gained notoriety when she starred in the action flick “In Her Line of Fire,” alongside Mariel Hemingway. Since then, she’s become a series regular on Here TV’s “Dante’s Cove,” guest starred on Logo’s “Rick and Steve,” and co-executive produced and starred in her own award winning series “We Have To Stop Now.”

Not contented with traditional media, Jill co-starred in the hit web series “3Way” and the popular Afterellen video blog “We’re Getting Nowhere,” which lead to a television development deal with Logo.

She created two other popular video blogs, and her current vlog, “The Gloves Are Off,” is hosted at WeHaveToStopNow.tv.

Jill also starred in the popular lesbian film “And Then Came Lola” and lists “Kissing Jessica Stein” and “Bound” as her favorite lesbian flicks.

QMovieBlog is your top source for all the hottest news and gossip from the world of LGBT film and television.