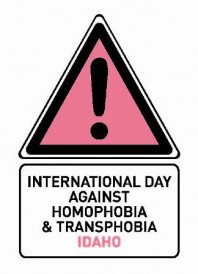 LGBT rights advocates in more than 100 countries around the world will commemorate the International Day Against Homophobia on May 17 with a series of marches, workshops, performances and other events. Identoba, an LGBT advocacy group in Georgia, is planning a flash mob in front of the country’s old Parliament building in the country’s capital, Tbilisi, on May 17 during which participants will make a rainbow flag with their T-shirts. Botswanan playwright and activist Kalvin K. Kol-Kes is staging his play “BUTCHered” inspired by Mart Crowley’s “Boys in the Band” that focuses on a group of friends who are predominantly lesbian.

Pedro Julio Serrano of the National Gay and Lesbian Task Force noted the march in the Puerto Rican capital on May 17 will coincide with the debate over three bills that would extend adoption rights to gays and lesbians; add sexual orientation and gender identity and expression to the island’s domestic violence laws and ban anti-LGBT discrimination in employment, housing and public accommodations.