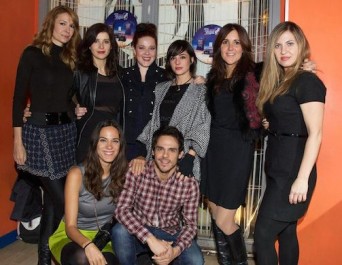 The show brings to the forefront what some people may see as taboo: the unspoken subjects of sex, such as penetration and voyeurism. The first episode opens up to a radio show talk host talking about penetration, patriarchy and sexual diversity.

It’s a hypersexual show that’s not just about sex because sex sells, like in “The L Word” or “The Real World,” but it uses sex to bring up discussion around the diversity in sexuality, identity and sexual orientation.

In the first episode, two clients blow up in an argument around bisexuality: Does it exist? Why do people have an aversion to bisexuality? If you’re not bisexual, does that make you less open minded?

“Muñecas” is enthralling from the start. My only gripe is the portrayal of the therapist and the group therapy setting. It’s unrealistic. I don’t personally know any therapists who practice Freudian psychoanalysis, so perhaps there is some truth to the group therapy setting, but growing up with a therapist mom, friends and colleagues, I know that what happens on this show wouldn’t happen in real life, and if it did, the therapist would be fired.

That being said, the captivating nature of the show and the smart discussion it brings up outshines its unrealistic backdrop, and it makes it incredibly enjoyable to watch.