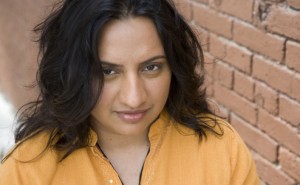 Oakland will be turned into “Little India” for a night when world renowned DJ Rekha turns up the Bhangra beats on Saturday.

The South Asian DJ has gotten President Barack Obama into the Bhangra groove with at the White House. She’s also been called the Ambassador of Bhangra by the “New York Times,” named the “Most Influential South Asian in the U.S.” by “Newsweek”, and tagged as the best DJ by “New York Magazine.”

Born in England as Rekha Malhotra, the 42-year-old music revolutionary, better known as DJ Rekha, began throwing parties in college and to raise money for South Asian organizations and civil rights and domestic violence before co-founding the South Asian Youth Action in 1996. SAYA helps South Asian youth reach their full potential, according to the organization’s website.

Bhangra got DJ Rekha when she was young. She was introduction to the music when her mother brought home Malkit Singh’s cassette tape “UpFront” from England, where most of Bhangra is produced. Up to that moment, the only Punjabi music she heard was one folk record that her parents had in the house, she says.

She was enraptured with the music, which blends Indian folk music with Hip Hop and other modern dance music, in particular with Malkit’s vocals.

“It just did something for me,” says DJ Rekha, who still listens to the songs today. “There is just something about them.”

Since then she’s worked with Malkit and traveled around the world spinning at galas, festivals, and parties.

Bhangra has taken her to Brazil, Belize, the Caribbean, Dubai, India, Sweden and other places.

She is in high demand often crisscrossing the U.S. performing up to 12 gigs during a busy month, not including her regular party, Basement Bhangra at Le Poisson Rouge (158 Bleeker St., New York, 212-505-3474, LePoissonRouge.com) in New York’s Greenwich Village, locally known as “The Village,” and her Bollywood Disco parties around Brooklyn and Manhattan.

DJ Rekha, who is based in Brooklyn, will be back in New York on July 7 and again in August on the 15th spinning at her Basement Bhangra party. She will follow up the party with a set at a free concert with dance lessons and live drumming at Battery Bridge Park in the Big Apple on the 17th.

When she isn’t on the road, DJ Rekha can be caught spinning the latest Bhangra beats every Sunday on her radio show “Bhangra and Beyond” at Breakthru Radio and producing music

DJ Rekha attributes her success to her diverse musical palette while maintaining the “integrity of the sound” keeping the vocals, melodies, and traditional aspect of the music she spins intact while at the same time pumping it up with the modern beats. More often than not, South Asian DJs overly mash up and remix the music distorting and ruining the sound, she adds.

“I like to keep it as it’s been produced,” she says.

Additionally, DJ Rekha pays attention to the crowd, allowing the people on the floor guide her as she moves from one song to the next.

“I play music for the people,” says DJ Rekha, attributing the diversity of the audience she attracts to her early years as an activists throwing parties and spinning to raise money for causes.

That contributed to her decisions to keep making the music accessible to a broad range of audiences.

“I started DJing through activist circles, so those audiences are inherently diverse,” says DJ Rekha, about the choices she makes about the music she spins and the venues works with. “I think that part of the strategy of attracting diverse crowds at my party in New York.”

She’s also a “big crowd reader,” she adds. “I’m really in tune with the audience when I spin.”

Given her astounding career in a field where women are rarely seen in the DJ booth at her level, DJ Rekha shrugs off the thought of being a role model, calling the thought of it “very awkward.”

“I’ve just been doing what I like,” says DJ Rekha, pointing out that it’s been a combination of being in the right place at the right time, working with key people in the music industry and going with the flow taking one step at a time.

“Part of it is just being committed and loving [and] standing by the music that I present,” she says.

DJ Rekha only wishes she could see more women at all levels of the music industry.

She is bothered by the fact that “people are astounded that a woman can even be a DJ,” she says.

From her perspective, while there are more female DJs getting the party going and getting people out onto the dance floor more than ever before, women in music still have a long way to go.

“There are still so few on the technology side of things,” continues DJ Rekha. “Even today, there are many situations where if you are a woman and you display any kind of competency in audio … [and] any kind of technical competency, you are met with surprise. That’s just ridiculous.”

DJ Rehka describes the song released in 2012 as a blend of Bollywood and Bollyfunk.

“I want to produce,” she says. “I’m excited to put out on this label my own stuff and put out other artists that I know and work with and that I hope to cultivate.”

While DJ Rekha won’t take on the label of “role model,” she views producing music through her own label as part of leading by example for other women interested in pursuing music as a profession as well as providing a platform for herself and other artists.

“I want to keep doing what I do,” says DJ Rekha. “Starting a label is a good move for me.”

“As always, whether it’s producing music or DJing there is a thrill reaching a wider and wider audience,” she adds.