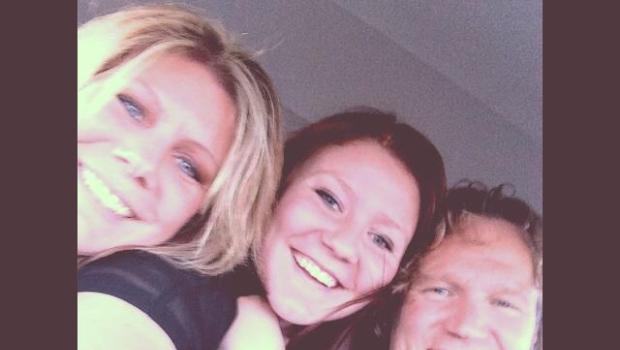 TLC reality show, ‘Sister Wives’, follows the lives of the Brown family- which is made up of Kody Brown, his 4 wives and their innumerable children. ‘Sister Wives’ has never shied away from showing the reality of plural marriage and the Brown’s have never balked at having the highs and lows of their private lives filmed. They have been in the news recently for suing to have plural marriage recognized and also when Meri Brown was catfished and led into an emotional affair with a woman she met online.

In the promo for an upcoming episode, we see that Mariah Brown, the eldest daughter of Kody Brown and Meri Brown, tell all five of her parents that she’s gay; a brave move for a child of Mormon Fundamentalists. The initial reactions show Robin Brown, one of the titular Sister Wives, being supportive while Kody and Meri look more distraught. This might have been a shock to her parents, as the first few seasons of the show, when Mariah was a teenager, she was pretty vocal about her belief in plural marriage and her desire to practice it one day.

The Browns have previously made a PSA in support of marriage equality; Stating that they believe that everyone should have the chance to build their family in a way that makes them happy. Hopefully the Browns will be supportive of Mariah. We know we’re rooting for her!

Mariah as experienced an outpouring of support from fans and posted her thanks on Twitter.

Also, I want to take a moment to recognize how awesome Mariah’s twitter bio is:

@mariahlianask me about my radical feminist agenda

Do you think the Brown family will support Mariah?

One Response to “Sister Wives’ Star Mariah Brown Comes Out”