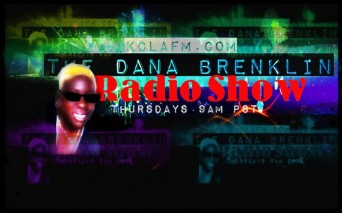 From the Barbie parties she threw as a child (Ken was never invited) to the biannual women’s weekend on the Russian River, Carmen McKay is a long-time event producer. She and her partner Annie Albright own the event production company She She, which focuses on lesbians over 35.

McKay started the Women’s Weekend at Russian River nearly 30 years ago. It had attracted 6,000 women biannually to small, scenic community of Guerneville. Eventually, she turned the festival over to the community and it petered out.

This September, McKay breathes new life into Women’s Weekend, September 12-14. When McKay does something, she does it big. In 1987, at the age of 25, McKay was the co-organizer of the Gay and Lesbian March on Washington, which attracted over 750,000 people.

McKay shared her wit and delightful personality in an interview with Lesbian.com.

Please tell us about the forest fire that started your Women’s Weekend 2.0 Festival. When would you say your passion for producing events began?

When I was about 7, I used to hang blankets on the clothes line in our backyard to use as stage curtains and put my little brother in a dress (as my main attraction), get my girlfriends to rehearse a Supreme’s song and dance, then put on a big show for the neighborhood parents. So, I’ve always had an Andy Rooney-Judy Garland, “let’s put on a show” kinda thing going on.

It’s a funny story, back in 1986, I was setting up for a women’s festival in Yosemite and there was a huge forest fire surrounding our camp, 150 workers were trapped. I happen to have a Wonder Woman outfit with me (I never leave home without it) and a motorcycle, so, when the fire blew off the road and we had one chance to escape I led the women out on my motorcycle and took everyone to a resort in Guerneville, California — four hours away — and diverted the festival goers to Guerneville and had the festival there. It all took off from there.

I read that the festival was founded by you, Beth Jackson and Eric Pariser. You turned the festival over to the community in the 90s, what made you take it over again?

I’ve watched it over the years and was concerned when it eventually devolved into a smaller, less impactful event. It’s like watching your child go downhill or something. The timing was great as the previous local organizer was burned out and was not going to continue after last May. I really have a powerful, personal vision about bringing the festival back to it’s original glory. I don’t get those kinds of visions very often, but when I do, there’s no escaping them. I’m really driven by the possibility of recreating something that makes a difference for women.

What changes should the crowd expect to see this year?

OMG, what can they expect NOT to see? We are pulling out all the stops! We are reinventing it with a huge, professional marketing machine, headliner entertainment like Beverly McClellan of NBC’s “The Voice,” Suzanne Westenhoefer and Julie Goldman of Bravo and Logo TV, and Lorie Moore from Fox TV’s “The X-Factor.”

We are also bringing in popular local bands like Azucar Con Ache and The Average Dyke Band, and also flying in very popular jazz and blues bands from Southern California like The Steph Johnson Band and Tori Roze and the Hot Mess.

We are getting the word out through our promotional partners, such as Betty’s List, The Bay Times, Epochalips and the National Center for Lesbian Rights (which will receive 10 percent of our profits). Plus we have some of the Bay Area’s favorite DJs like DJ Rockaway of the Bay Area Play Dances.

There are so many fun activities, like our “Largest Single Lesbian Mixer in the World,” the crafts fair, flash mob dance, color drop, golf tournament and wine tasting. The theme of our festival is, wait for it, “Practice random acts of kindness and senseless acts of beauty.” This is to inspire women to have permission to connect a little more, to swing out of their cliques and meet new people. We will be giving prizes from the stage all weekend for best stories about giving or receiving an act of kindness, etc.

From what I’ve read about this event, seems like it is catered to Baby Boomer lesbians, what is in it for the younger crowd?

We are targeting all women over 21. Women in their 20s and early 30s naturally gravitate to outings and events. They are all about partying and dancing and connecting and celebrating. Women over 35 have different values, generally. Women in their 40s, 50s and 60s want to celebrate and connect, but partying? Not so much. Given that nearly half of the population are Baby Boomers, it is a market that is not being directly served at many women’s events. Our diverse music and comedy and crafts fair will appeal to everyone during the day and the evening events are specifically geared for both age groups. From 7-10pm, we will offer music that appeals to the over 35 crowd, some old school, salsa, top 40 pop. From 10pm to 2am, we will offer hip hop, techno, house, etc. There is something for everyone.

Can single women over 40 expect to find their true love at this event?

Well, there will certainly be opportunities to meet quality, single women in their age group. We are bringing in lesbian dating and relationship experts from around the nation. Friday night, there will be a single’s mixer with Dr. Frankie Bashan of “The Little Black Book.” Saturday night, we have a single’s mixer with Mary Gorham Malia of “The Gay Girl Dating Coach.” We also have something special for couples on Friday night with the ladies from “Conscious Girlfriend.”

What drives you and motivates you to do the things you do for the lesbian community?

I dunno. It’s not exactly a choice. It kind of choose me. It’s what I have a passion for, and there’s nothing better than following your passion, right? It seems like things turn out for me when I am doing something that is authentic. This is authenticity on steroids for me. I guess producing lesbian events is my catnip. Plus, I am on a mission about fun. No one has enough fun, you never hear anyone say, “Oh, I need less fun in my life.” For many years, I had a management consulting business called “Serious Fun,” where I brought fun to corporate America, not an easy thing to do. I consider myself to be a “Funsultant.” I love creating events where people have the kind of fun they used to have when they were, like, 13. And it’s not about getting super drunk and passing out in your car. That’s not really fun.

What goes into planning where the event will take place?

All the events that we do for women are always done in a beautiful environment. With such busy lives, most of us don’t get enough time to hang out in nature, and you forget just how much being outdoors can de-stress and rejuvenate you. So, we looked at a lot of places on the Russian River and fell in love with the Monte Rio Amphitheater. It’s a gorgeous meadow surrounded by Redwoods and is backed up to a creek. And, it has a built-in stage! Really, it’s the perfect setting for the new Women’s Weekend 2.0 to be reborn.

Our evening dances are at the River Theater in Guerneville simply because it is the largest indoor venue in the area. We needed a venue that could hold hundreds of women throughout the night. Also, it has a knockout sound system and high-end laser light system that was purchased from the George Lucas Ranch Studio.

Give us a synopsis of day 1 and day 2 of the event. What will go on during the day and what will take place at night?

It will look like this:
Friday Night from 7pm to 2am, everyone will be at our private club (River Theater) for the awesome random dance party (for random acts of kindness). Women love to dance together. It’s not often women get to be in a private club with hundreds of other lesbians, pure lesbian protoplasm wall to wall.

On Saturday, there’s a golf tournament in the morning for those women that love to hit little balls with a big stick (I’m not a golfer). From 11am to noon, we have the largest single lesbian mixer in the world, where single women each have a piece of a sculpture that they will build together outdoors. Then the music and comedy happens outdoors from noon until 5:30pm or so.

Saturday night from 7pm to 1am is our senseless (for senseless acts of beauty) dance party at our private club with DJ Rockaway. Lorie Moore of the “X-Factor” will be debuting her new hip hop album, “Hot Diggity,” live at 10pm.

Sunday from 11am to 4pm is our good enough for jazz day at our outdoor amphitheater, wrapping up with comedian Suzanne Westenhoefer. We planned the day to start a little earlier and end a little earlier, so women will have time to drive home if they have to work on Monday. For local women, there will be a Lisa Sanders concert at the Main St. Station Restaurant in Guerneville, following the festival.

What do you have in store for lesbians after this event?

Our company, She She, which my partner Annie Albright and I own, produces events for women all year. We have a dance nightclub monthly in Los Angeles and San Diego. We do several annual retreats for women, also. We will be producing Women’s Weekend 2.0 again on the Russian River, May 15-18, 2015.

Where do you see this event 10 years from now?

That’s a wonderful question. The interesting thing about an event like this is when it is done well and is successful, it can really becomes a reflection of the best of lesbian culture.

It will depend on how women want it to develop. The foundation of the festival is that it provides a place for women to truly connect while having laugh-out-loud-pee-your-pants kind of fun, then it will continue to grow and develop from that premise.

As a producer, you have to constantly listen and watch for what women want, even when they may not know what that is, then you provide it. There is something so profoundly beautiful about group consciousness, when it is given an environment to grow beyond individual egos, some groovy things can happen. I can tell you that for May 2015, we will be bringing in even more art and culture to the event with a film festival and a theater production from the Los Angeles Women’s Theater Project.

One Response to “She She revives Russian River Women’s Week”