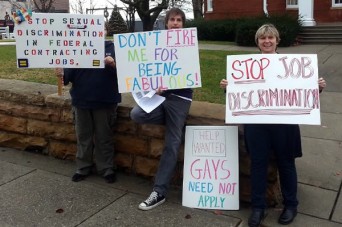 For the first time in history, the U.S. Senate approved with bipartisan support a long sought piece of legislation that would bar employers from discriminating against or firing workers based on their sexual orientation or gender identity.

By a vote of 64-32, the Employment Non-Discrimination Act passed the Senate, marking the first time that either chamber of Congress has passed a version of the bill with protections for transgender workers.