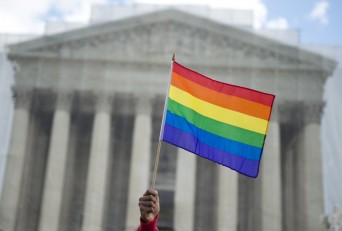 When the Supreme Court struck down part of an anti-gay marriage law, Justice Anthony Kennedy took pains in his majority opinion to say the ruling applied only to legally married same-sex couples seeking benefits from the federal government.

But judges and lawyers representing same-sex couples are already using Kennedy’s language and reasoning in other cases about the right to marry.