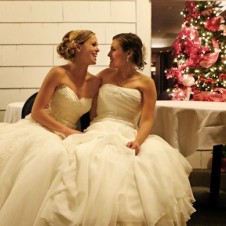 Four lucky couples have the chance to tie the knot this fall in Seattle with the “Marry Me in Seattle” campaign.

The campaign is to celebrate the passage of Referendum 74, which legalized same-sex marriage in Washington in December 2012, and the support for marriage equality in Washington that followed.

There are still a few days for four lucky couples to be randomly selected for an all expense paid four-day trip to Seattle and wedding on the first Wednesday of the month between September and December this year.

The campaign kicked off July 1 and ends July 31. More >