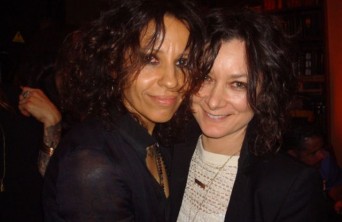 The last few years have been great for Sara Gilbert. As the creator and co-host of The Talk she has a hit daytime TV show, she recently got engaged to Linda Perry (with an incredibly romantic proposal, in fact) and now she’s returning to acting on the television adaptation of “Bad Teacher,” coming to CBS mid-season.