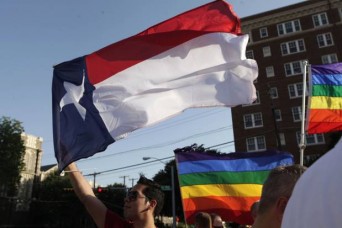 A federal judge on Wednesday ruled Texas’ constitutional amendment that defines marriage as between a man and a woman is unconstitutional.

“After careful consideration, and applying the law as it must, this court holds that Texas’ prohibition on same-sex marriage conflicts with the United States Constitution’s guarantees of equal protection and due process,” wrote Garcia. “Texas’ current marriage laws deny homosexual couples the right to marry, and in doing so, demean their dignity for no legitimate reason.”