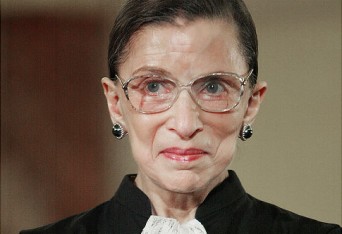 Ginsburg will officiate the wedding of Kennedy Center President Michael M. Kaiser and economist John Roberts, according to the Post. The wedding will take place on Saturday at the Kennedy Center in Washington, D.C. During the March oral arguments on DOMA, Ginsburg said supporters of the law seemed to want “two types of marriage,” likening same-sex unions to the “skim milk” version of marriage.