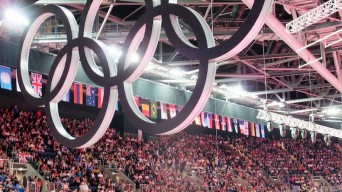 Despite assurance by the International Olympic Committee July 26 that attendees of the 2014 Olympic Games in Sochi would not be held under the jurisdiction of Russia’s anti-gay legislation, the law’s co-sponsor is now articulating a different set of circumstances. Vitaly Milonov, the politician responsible for the “gay propaganda” ban in St. Petersburg later adopted by the country as a whole, claims that the law cannot be selectively enforced nor suspended.

In an interview with Interfax, Milonov stated, “I haven’t heard any comments from the government of the Russian Federation, but I know that it is acting in accordance with Russian law. And if a law has been approved by the federal legislature and signed by the president, then the government has no right to suspend it. It doesn’t have the authority.”