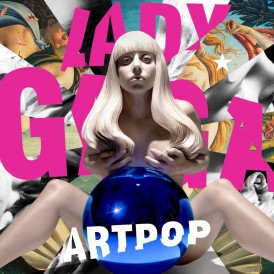 Lady Gaga’s new album, “ARTPOP,” dropped in the U.S. this week. Her LGBT following is substantial enough that any new release from her is noteworthy, but if you’re looking for something fresh and unexpected, look elsewhere.

Taken merely as a series of instant dance hits, “ARTPOP” is perfect. The album sounds like a compilation of songs that almost made it onto her previous albums. Not surprisingly, it explores themes of fame and vanity, as her music has done countless times. Despite the lack of originality, as Gaga says herself in “Mary Jane Holland,” “It’s all right, because I am rich as piss.” Why change a working system?

Many songs from “ARTPOP” can and will be heavily featured on the radio, and there’s no shortage of new material for DJs to play. “MANiCURE” is one of these tracks, and, as the title suggests, it’s about how getting dolled up for a MAN can CURE insecurity. When the song comes on, finish your drink, hit the dance floor and ignore the lyrics. It’s one of several toe-tappers.