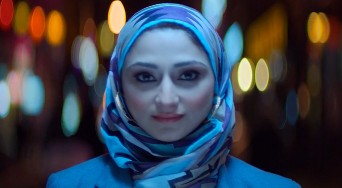 A full week has passed since Coca Cola’s multi-cultural ad graced the airwaves during Super Bowl XLVIII yet social media remains abuzz regarding the controversial commercial. If you were in a coma, abducted by aliens, engaged in some wacky game that required you to wear a blindfold all week or otherwise haven’t had the pleasure, I’ll pause while you give it a quick look see.

I know, I know. It’s pretty shocking stuff, huh? You’re likely fuming right now, resisting the urge to toss your laptop, smart phone or tablet off a balcony as punishment for having subjected your eyes and ears to the images and sounds of various non-white people (née non-Americans as asserted by the Twitter-verse) singing our “national anthem” (as @sheyennemyers refereed to it) in “the terrorist’s language” (thanks for that @tylerwyckoff24). And weren’t there a couple of gay guys in there, too? I’ll take another break whilst you recover.

The most shocking aspect of this soda ad-induced firestorm is the immediacy and extraordinary idiocy of the bigoted response. If ever you need a reminder that we still have miles and miles to travel on the road to true equality in this country just Google “Coca Cola Super Bowl America the Beautiful ad.” Sadly this country remains teeming with a brand of ignorance that has people up in arms about a soft drink ad featuring diversity. (Never mind the fact that collectively we’re being slowly poisoned as we swig mass quantities of the featured carbonated chemical concoction.)

Frankly, when hubbubs like this flare up I find myself a wee bit embarrassed for my country. I’m as red, white and blue as the next person, but I cringe when events like this shine a spotlight on our ignorance. And, yes, I say “our” because just as a sports team is only as good as its worst player, a country is only as progressive as its most enlightened citizen. And judging from the Twitter-verse last Sunday evening we still have some folks penned up in the darkest recesses imaginable.

This week I found myself thinking that we’ve actually regressed in the last several decades, for it wasn’t that long ago that I was in fifth grade music class learning the lyrics to another song popularized in a multi-cultural Coca Cola ad. I’d not seen the commercial in eons, but thanks to YouTube it wasn’t hard to find.

The year was 1971 and that hilltop sing-along was so popular back in the day that the full-length version by the New Seekers climbed to number 7 on the Billboard Top 100 charts.

So, it’s no secret that Coca Cola has always wanted to teach the world to sing, people. But who could have possibly imagined the uproar 40+ years later when they actually managed to do just that?

Inspired by the nostalgia of the 1971 Coca Cola commercial, I suggest we all get behind a new campaign: “Tolerance – it’s the Real Thing.”