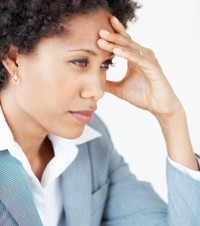 On August 28, 2013, people crowded to the National Mall to commemorate the 50th anniversary of the 1963 March on Washington for Jobs and Freedom. The central purpose of the March on Washington was for economic justice and equality. Though the fight for economic security is hardly over, it is an area of particular concern for lesbian, gay, bisexual and transgender (LGBT) workers of color. Due to race- and LGBT-based discrimination coupled with a lack of explicit workplace protections, unequal job benefits and high rates of unemployment and poverty, LGBT workers of color remain among the most disadvantaged populations in the American workforce.

The dual burden of discrimination related to race/ethnicity and sexual orientation and/or gender identity makes it increasingly difficult for LGBT workers of color to reach the American dream. The report also reveals other challenging areas where LGBT workers of color are disparately impacted. For example, the school-to-prison pipeline results in many LGBT youth of color entering into the juvenile justice system instead of classrooms. And barriers such as unwarranted background checks, inadequate workplace protections and unequal pay continue to make it difficult for LGBT workers of color to financially provide for themselves and their families.