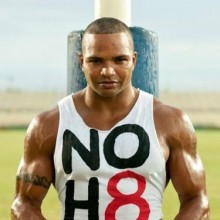 “I find it inconceivable that one of your players, Mr. Brendon Ayanbadejo would publicly endorse Same-Sex marriage, specifically as a Raven Football player. Many of my constituents and your football supporters are appalled and aghast that a member of the Ravens Football Team would step into this controversial divide and try to sway public opinion one way or the other,” wrote Burns.