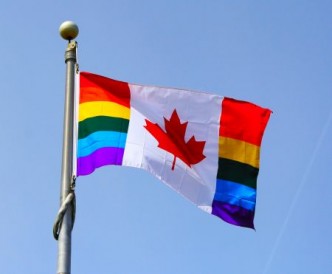 Russia’s anti-gay laws are causing people to flee straight to Canada, even if it means they will be homeless. Maxim Zhuralev, a 38-year-old gay man, spent all of his money getting to Canada from Kurgan in late March. He is currently living in a homeless shelter in downtown Vancouver while he waits for his claim for asylum to process and said his life is already “better than Russia,” according to the Montreal Gazette.

Rob Hughes, a Vancouver lawyer that deals with LGBT asylum claimants, has noticed an increase in Russian clients since the anti-gay laws were put into place. While the federal government doesn’t track the number of asylum claimants that come to Canada for fear of their sexual orientation, Russian claims are usually low. According to the Immigration and Refugee Board, 48 claims have been made since January. From April to June, just 19 were made.