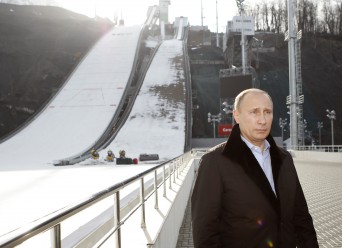 Russian President Vladimir Putin on Oct. 28 said gays and lesbians will not suffer discrimination during the upcoming Winter Olympics in Sochi.

“On my own and on your behalf, I have assured Mr. (International Olympic Committee) President (Thomas Bach) that we will do our best, and our athletes and fans will do their best too, so that both participants and guests feel themselves comfortable at [the] Sochi Olympics regardless of their ethnicity, race or sexual orientation,” Putin said during a Sochi press conference that Bach attended, as the Associated Press reported. “I would like to underline that.”

Putin’s comments come amid lingering outrage over Russia’s LGBT rights record that threatens to overshadow the Sochi games that will take place in February.