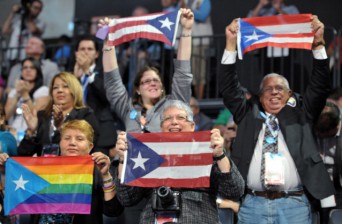 United States territory Puerto Rico is due to debate two bills related to extending the LGBT community’s legal protections this week. Both Puerto Rico’s House and Senate agreed to debate the bills back in January 2013, which are aimed at increasing the legal protection of its LGBT citizens. Senate Bill 238 would prohibit sexual orientation and gender identity based discrimination, real or perceived, in public/private services and employment, while House of Representatives Bill 488 is intended to extend current domestic violence protection laws to everyone, regardless of gender identity, sexual orientation or marital status.

Though homosexual activity is not a criminal offense in Puerto Rico, and LGBT people may openly serve in the military due to the striking down of “Don’t Ask Don’t Tell,” the territory is heavily influenced by a large Roman Catholic and conservative Protestant population, which have historically made passing pro-LGBT legislation difficult.